The Ailment of Self-Righteousness

How to Cure It? 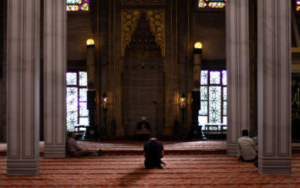 Humility is the key to scholarship and self-righteousness is perhaps the greatest impediment to it. In the study of religion, contemporary Muslims scholars have generally adopted the latter approach. It is the opinion of this writer that this approach has contributed significantly in promoting sectarianism and dogmatism.

A student admitted to a conventional Madrasah is indoctrinated with the notion of self-righteousness throughout the years he studies there. From the very first day, he is labelled as an orthodox follower of a particular sect. His destiny seems to be carved out beforehand as one of a devout denouncer of every other sect and an ardent acclaimer of his own. He is made to believe that only his brand of beliefs is in direct conformity with the Qur’an and Sunnah. An inference attributed to a highly revered scholar of his sect stands supreme till the Day of Judgement. That it can be challenged by cannot be dared thought of.

The time has come to realize how wrong this attitude is. As Muslims, we must understand that self-righteousness is actually a declaration of the infallibility of human intellect. Obviously, no human being can make such a claim. So if Muslim scholars want to become men of scholarship and erudition, they must abandon this approach. They should instead reflect, deliberate and then humbly submit their inferences to criticism. They must always think that the religious opinions they present are not the last word. No scholar can ever be totally sure that he has stumbled upon the final truth in matters that require interpretation of the scripture. So he must keep his eyes and ears open and his intellect tuned to change for the better.